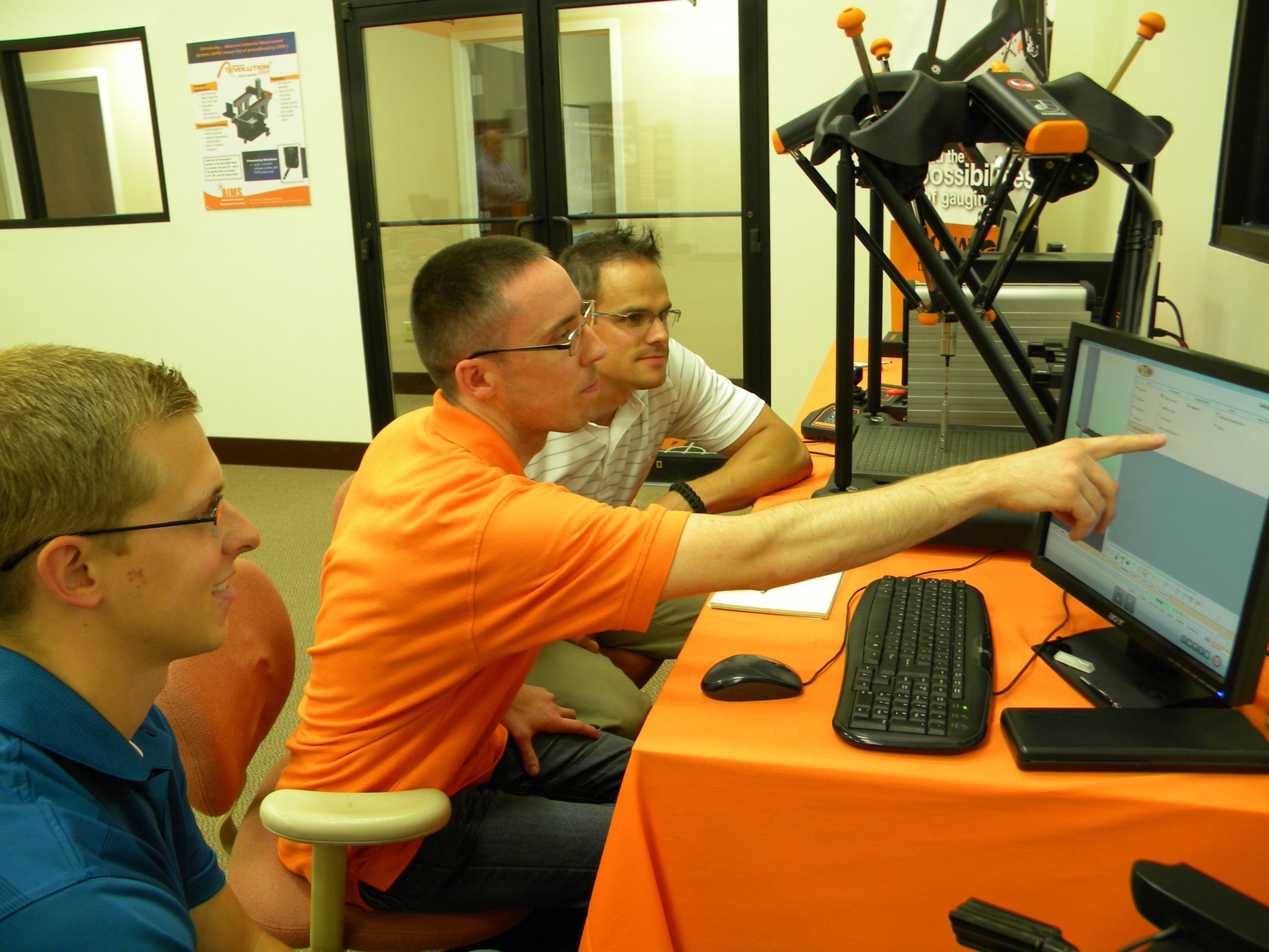 The actual dimensions of a part or assembly made with the intent to portray a part exactly as is.

Common standard of metrology in effort to create a uniform global industry. Skills learned in one aspect of metrology ideally transfer to other parts regardless of software.

Comparison of a known artifact in order to measure the accuracy of the metrology device.

Tool used to collect data points on a product that can then be compared to standards of accuracy.

In reality, not all products will be able to manufactured exactly as designed. Often, there are slight imperfections that CMMs are able to detect and determine if they are acceptable or not.

The difference of data points to the average or trend of the entire data set.

Will sometimes be referred to as "outliers" when there is a data point that is out of the normal pattern.

Taking measurements of specific data points such as lengths and volumes in order to compare them to another object or its previous form.

"The largest change in a value of a quantity being measured that causes no detectable change in the corresponding indication."

Inspection performed towards the beginning of production, covering all dimensions in effort to verify the manufacturing process.

This is done towards the beginning of the process to catch errors before they end up costing more money.

Points can be taken faster with improved accuracy and repeatability as well as eliminate time spent indexing the head.

The limits of error allowed in a version of the product - usually when there are two extreme values.

Speaks to the accuracy of the equipment.

The actual quantity of what is being measured.

The science of measurement.

We use our machines to ensure that the quality of the products you create is up to a specific accuracy standard.

One millionth of a meter, commonly used in metrology.

A point of data gathered that lies outside the trend of data it is a part of.

This would indicate to one that there is some anomaly on the part.

A master model made to use as an example for all others being made afterwards.

Usually in the form of a CAD design, but not limited to electronic versions.

The limits of how much a product is allowed to deviate from it's original design.

Based on customer / industry requirements.

Confirming a product meets the requirements set forth by the customer.

Have other questions? Reach Out.